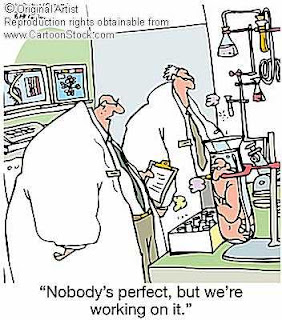 Perfection: The state of being perfect, without defect or blemish. We humans are always trying to achieve perfection is our little endeavours. And it is often said that nothing in this world is perfect except God. But is our definition of perfect correct? Maybe something is perfect only when it has flaw, at least a tiny one. Maybe that defect is necessary for the system to ultimately break down, end itself and perish. Because everything that is created is destroyed. Everything has a life. Even our universe. Hindu philosophy says that the entire process of creation-evolution-destruction has been going on since aeons. The eternal cycle of birth and death, of creation, preservation and eventual destruction. If there were to exist an entity which would be perfect by our standards, it would cause a glitch in the overall operation. We have defined perfect as flawless, I guess, because we do not want to create again and again, only to see it destroyed. Maybe we have defined perfection for our own convenience. Let us consider our own species. If we were created by the God who is perfect himself, again by our definition, then why did we evolve over time? Why are we still evolving? Perfection would imply that nothing could be better than the current state. I guess that’s against the very concept of Life. Our body creates itself out of mere nothing, a sperm cell and a minuscule egg. Driven by the super software of DNA, we develop into a living organism. And once fulfilling our biological and/or spiritual purpose, we die and disintegrate. Isn’t this perfect? Why does man-kind crave immortality? That’s stupid. If I were to be born again and again on this earth , I would prefer not to start from scratch in every iteration of the loop,i.e. it would be really cool if I could re-load my last conscious image and continue from there , provided I was born in the same species . Now that would be Perfect ! An imperfect system would be the one without a flaw, because then, it would cease to fit “perfectly” in the big picture. Its one hell of a cycle!

I am a Feynman Fan 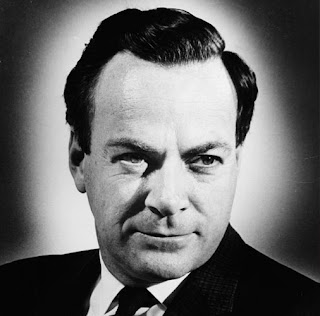 Nobel laureate, got one for Physics, for his work on Quantum Electrodynamics. Legendary physics teacher ,wrote the world famous and very widely read The Feynman Lectures on Physics. All genius – all buffoon. I chanced upon a documentary in which Feynman is talking about himself, it’s like an interview, and came to know what a wonderful and wondrous man he was. And I must admit that I feel sad that somebody like me could never ever get to attend his “legendary” physics class. He was so curious, so madly into science. He pursued it with such a zeal and fervor, it’s like every fragment of his DNA had been coded for the passionate pursuit of science. And I mean Science, not just Physics. He got a Nobel for physics, but he worked as a chemist for some time, did research in biology with some top-notch people for a year, not to mention that he was a mathematician as well. Feynman’s father had a monumental role in shaping his mind. Right from his childhood, he was encouraged by his father never to take things at their face value, to think, to ponder over problems, to question things. He sowed the seeds of curiosity in him. It made me realize how a parent can shape up the future of his child. I doubt whether Feynman would have been the Great Nobel Laureate Feynman, had his father not been there. He played pranks, he loved dancing, he learnt to sketch, and he was a fearless thinker when it came to Physics. Once, when Neils Bohr and his son came to , they asked him to come and have a discussion with them. And why him, because Bohr observed that this guy was not afraid of him, not afraid of the Great Bohr. He spoke his mind, if he thought something was crazy, he spat it right out. If he thought it was great, he said it with his heart. In his own words, when he was thinking about Physics, he could not think about anything else, and so came out the words without any hesitation. His language, it was pure American that his spoke. No fancy words. He did not want the Nobel Prize , and when he was woken up in the middle of the night and told about it , he answered the phone as if it was just another call , and went back to sleep . He did NOT want the Nobel Prize! According to him, the joy of discovery, the pleasure of finding things out and the fact that people found his discovery useful and were using it, was the real prize for him. He did want any accolade for that. Once again, the credit goes to his father for inculcating such strong values in him. What a man!

Posted by aShyCarnalKid at 6:20 AM 3 comments: